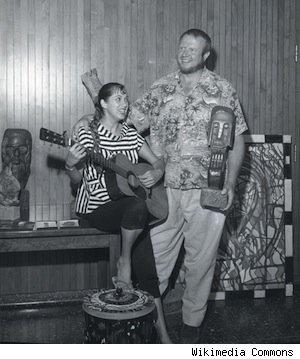 Filed under: Cult of Mac, Apple

New York Times columnist John Markoff recently interviewed Beat-era poet Gary Snyder, who usually writes about the American wilderness. Markoff found that the 79 year-old Snyder, who confesses to writing his poetry on “whatever was at hand,” is an avid and devoted Mac user. According to Markoff, Snyder wasn’t aware of the upcoming announcement of an Apple book replacement, as he lives in the California back country and apparently doesn’t have the interruption of broadband noise to bother him. Snyder rarely uses a mobile phone and is quoted by Markoff as considering texting “abhorrent.” But he waxes poetic when he uses his Mac.

Snyder noted about his Mac, “I like the storage space it has,” he said, “and I like the ability to have back files accessible to me wherever I go.” Those weren’t the only words he had to say about the Mac. In a short, previously unpublished poem titled “Why I Take Good Care of My Macintosh,” the “poet laureate of Deep Ecology” describes why he says that personal computers feel like sentient beings.

Fans of poetry and Macs can read the poem by visiting the title link in the previous paragraph. It’s crazy, daddy-o!