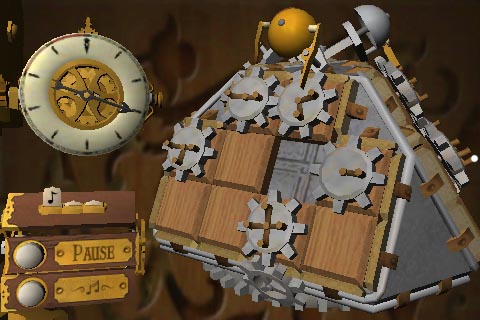 Cogs is a brilliant game that’s had an award-winning run on the PC, and it’s due out on the iPhone any day now, say developers Lazy 8. If you like puzzle games, you’ll probably see in the trailer above why this one is so fascinating: it takes the old idea of slide puzzles (moving a grid of pieces around one by one) to form actual machines of all kinds, from pipes that blow up balloons to actual gears that run simple engines and even more complex mechanical designs. The core gameplay is simple — just move those pieces around by switching them — but you’re always building towards an overall picture that pays off with a nice mechanical reward.

Good stuff. The game is apparently up for approval right now and will be out very soon. There’s no word on price yet — the PC version of the game sells for about $10 as a digital download, but we’ve contacted Chillingo to see how much they’ll be charging on the iPhone. We’ll keep our eyes out for it and try to get you a hands-on review when it releases.

TUAWCogs for iPhone, a mechanical puzzle game originally appeared on The Unofficial Apple Weblog (TUAW) on Sat, 23 Jan 2010 10:30:00 EST. Please see our terms for use of feeds.