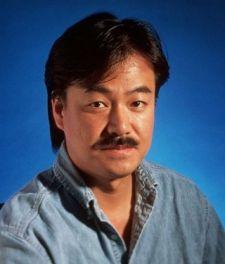 AppleInvestor Guest Membership
see our promise to you…

Good news for the new year from Touch Arcade: Hironobu Sakaguchi is developing games for the iPhone. Just in case that name doesn’t ring a bell for you, maybe the games he’s helped create might: Final Fantasy, Chrono Trigger, Super Mario RPG, and Xenogears. Yes, those of you who know your console RPG history will know that those are some of the best role-playing games ever made, and if you don’t know that, then walk away from whatever you’re doing right now and go play all of them — they’re brilliant.

Sakaguchi announced over on the blog for his latest company, Mistwalker, that his team was working on a brand new “blockbuster project” in 2010, and they’re also working on releasing something for the iPhone. He doesn’t share much at all about either, though he does say that we’ll see the iPhone project on the App Store soon. We can’t wait — having a legendary developer like this working on the iPhone platform just shows that while 2009 was a great year for iPhone gaming, 2010 has plenty of potential as well.

TUAWFinal Fantasy, Chrono Trigger creator working on an iPhone project originally appeared on The Unofficial Apple Weblog (TUAW) on Mon, 04 Jan 2010 19:30:00 EST. Please see our terms for use of feeds.