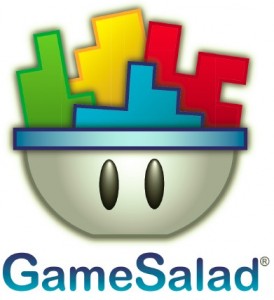 We mentioned Gamesalad’s plans to bring their publishing system to the iPhone earlier this year, and now they’ve done it: for $99 a year, they say that you’ll be able to design games on their game creator development tool, and then publish them straight out to the iPhone’s App Store. If you don’t want to bother publishing the games yourself, you can create them and have them “viewed” through the Gamesalad Viewer (which we couldn’t find on the App Store quite yet), or you can export them out as full applications and publish them as your own iPhone apps (Flutterby is in the store right now as an example of a Gamesalad Creator game).

There’s also a $1999 membership service that lets you customize every aspect of your games, and provides you with direct customer support, which is supposed to be for “elite users” (like, we guess, actual game companies). And truthfully, I’ve developed a few apps using just Xcode, and it’s not too big a deal (though I’ve never had to go through an actual release or worked with end users, which I’m sure is most of the battle anyway). But if the thought of using professional coding tools to develop your little game idea sends you into panic attacks, and the Gamesalad creator seems more your speed, this might be a nice viable way for you to turn your gaming idea into App Store gold.

It costs nothing to download and try out the creator, so if the idea interests you, you can work on putting a game together, and then pay later when you decide you’ve got something you want published on the iPhone. And hey, if you do put a game up, be sure to send a tip and let us know — we’d love to see the end products of this process.