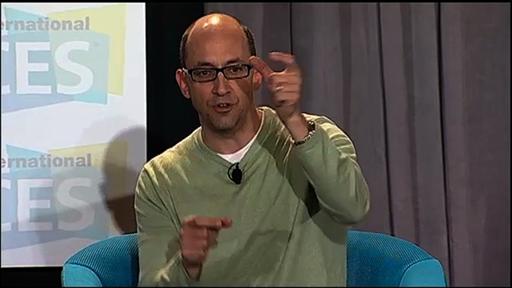 BoomTown liveblogged the AOL conference call, the first since it spun off from Time Warner (TWX).

And essentially, it was all about turning the Internet icon around. Bottom line: Still turning, but the lid is super-duper tight, folks!

And while advertising revenue was lousy, it wasn’t as bad as Wall Street had expected–it dropped eight percent, and analysts had assumed it would show a double-digit decline. Subscription revenue, which still drives the company, though, dropped more quickly than analysts assumed, down 28 percent.

5:39 am PT: I jumped on the call a few minutes late, since AOL’s fancy system for listening to the call using a Webcast would not play in Apple’s (AAPL) Safari browser. Or else I am an idiot.

In any case, Firefox worked and we pressed on!

When I finally got on the call, it was perfect timing, since CFO Arthur Minson was delivering the results in a deeply glum manner, but with a very nice New York accent. It could have also been a Boston accent.

It was definitely a glum accent! “To be clear,” said Minson, AOL’s model “was not working.”

Well, it was nice to hear the obvious!

Minson continued to smack AOL around for quite a bit, which is a good strategy–to drop expectations in order to raise the company’s prospects with Wall Street later.

But the team led by CEO Tim Armstrong was on it! It has cut employees and other costs! It has decided to dump businesses that aren’t working! It has even cutting coupons, metaphorically speaking! This was serious beeswax, people!

5:52 am: Armstrong came back to answer questions from the analysts gathered.

He’s all about the content and how it will bring in the audience to sell advertising to.

The next question: Others have tried this niche content strategy and failed. Why was Armstrong different? Also, can AOL control its search destiny?

“It’s a scale that…advertisers find very attractive,” he said. “It works for consumers, it works for advertisers.”

As to search engine ranking? Search is not the only game in town, said the man who made his fortune as an exec at search giant Google (GOOG).

There are other fish in the sea, said Armstrong, such as Facebook and Twitter. “Our strategy on distribution is not relying on search,” he added. “Fragmentation is our friend.”

The next question: How’s AOL on display advertising compared with others?

What else was he going to say? Great, natch! Lots of low-hanging fruit (whatever that means!).

“Advertisers tend to vote where momentum is,” said Armstrong. “AOL is the company people are used to kicking around.”

No longer! The 98-pound weakling is now 99 pounds!

6:08 am: Another question on how AOL is improving itself. No more obsession with page views! No more tricks, like too many slideshows.

“As a net takeaway, the company is getting healthier, although you may see bumps,” said Armstrong.

And then, finally, a different one on what AOL is going to do around products and what it is planning on acquiring to help it do so, as well as what’s up with its search deal, which is up for renewal soon.

“We’re bringing product mentality back into the company,” said Armstrong, continuing to bash the previous administration about its overspending and lack of innovation.

As to the search deal, Armstrong said AOL likes Google, but it is not making any commitments!

Also: “If you’re looking at this deal to squeeze out extra pennies,” look elsewhere, said Armstrong, who uses the word “partner,” which could also translate to “Microsoft” (MSFT).

More bashing of the past, which was getting a little tiresome.

Minson noted that he could not comment, but took a long time doing so.

A question about brand advertising and whether it is in good shape.

Yes, said Armstrong, but what else was he going to say again, since AOL sells brand advertising?

Last question: What is the key driver of margins at AOL going forward? As in: What the heck is going to get this baby humming and not sputtering?

“I think it comes down to user engagement,” said Armstrong about brand advertising.

To wrap up, after a decade of quiet, concluded Armstrong, who also underscored that the management team is more interested in execution than pleasing investors: “We’re live.”

UPDATE: I got to chat with Armstrong for a bit after the call and he reiterated his essential talking points, including the need for execution, the importance of running AOL for the long term, and how he thinks Wall Street has patience for the company.

“AOL had a premise of making decisions for next week,” he said. “We are now stringently focused on the user.”

Obviously, Armstrong added, there will be focus on expanding AOL’s ad business. “That expansion is strong and continuing,” he said.

But there were no in-place strictures he called “guardrails.” And anything not in the guardrails? Off the road!

As to investor patience? “My guess is that we have multiple years,” said Armstrong.