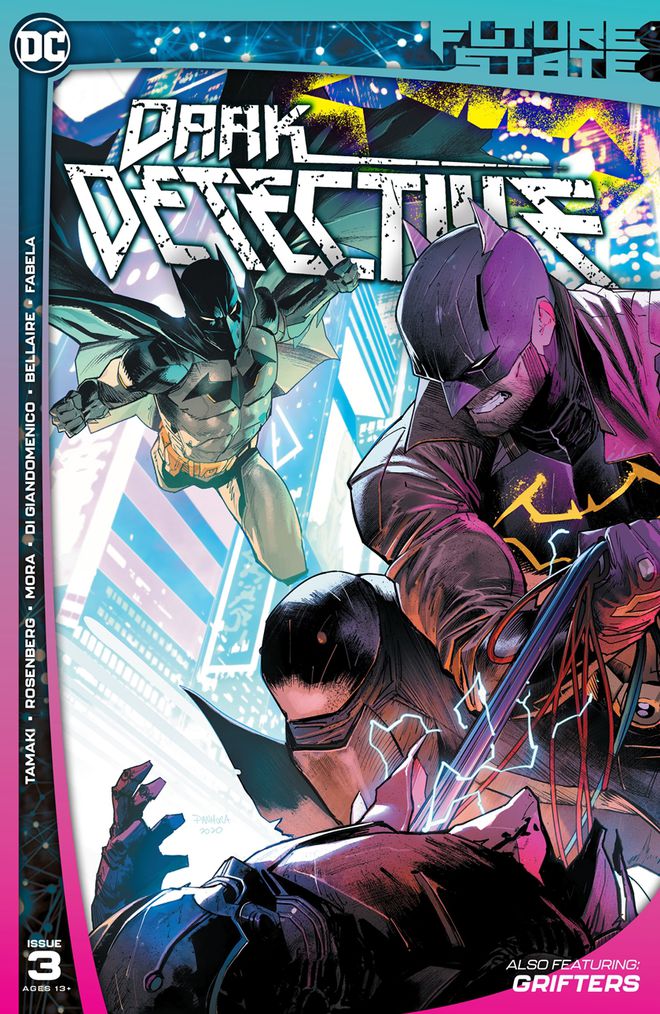 On Monday, we got a chance to chat via email with the Executive Vice President of Sales, Marketing and Business Development for DC Entertainment at Warner Bros., John Rood. He took some time out from prepping for this week’s Comic Con activities to tell us a little bit about the DC’s plans for the iPad, and where the comic book industry may be heading now that there are new mediums to digitally distribute their titles.

And hey, after you’re done reading, maybe you’ll want to check out their iPad and iPhone app, too.

MacLife: You recently released your iPad app in Apple’s App Store. What has the response been to an official DC Comics app? Has DC made much of a profit from it?

Rood: Consumer response to our first digital publishing steps (including our new Apple app) has been greater than we could have hoped for.  Profits are confidential, but sales estimates have been exceeded globally.

MacLife: How long did it take the production crew at DC to put together the iPad app? Why did DC wait until the summer to release an app; was it to wait and see if the iPad would take off in the consumer market?

Rood: A task force across several DC departments collaborated for months with ComiXology and Warner Bros. Digital Distribution and Apple. Jim Lee (co-publisher of DC Comics) and I don’t feel we lost a step by letting other publishers go first per se.  And certainly the game changed when Superman, Batman, and Green Lantern came to the party.  We are very pleased with our partner selection, our periodical offering, and our pricing strategies to-date.

MacLife: How quickly does DC plan on releasing the comics alongside their newsstand titles? Will newsstand hit first, and then the app hit the Store later?

Rood: Nearly all titles will be delayed from their comic-book-shop in-store dates.  But we have been experimenting with one or two so-called “day-and-date” titles digitally, in cooperation with key retailers.

MacLife: What does DC see for the future of comics on the iPad? Does DC see that even the comics industry is pushing toward a digital-only movement, or do they still see the value in paper?

Rood: It is a wonderful mixed economy that we have to take great care in both creating and tracking.  The plan is for Apple apps to coexist with many other apps, for dccomics.com to coexist with many other sites, for comic book shops and digital retailing to coexist, etc.  And, more than coexist, to prosper because of one another.  We are committed to growing the superheroic entertainment consumer base, in manners that are only additive, bottom line.

MacLife: How does DC see itself evolving to stay in sync with the (comics) publishing industry? If other comic publishers were to go digital only, would DC follow suit?

Rood: I am pleased that my DC colleagues are not too concerned about followership.  Only leadership.  But, to your question, digital-only is an impossibility–comic book shops will only become greater epicenters of fandom, in our plans.

MacLife: More importantly, how does DC comics see itself staying ahead of the curve in the digital publishing market?

Specific to iTunes, we are eager to get our graphic novels and collected editions into their Bookstore.

MacLife: Are there any plans to add more interactivity to the iPad app? Such as social networking integration, etc?

Rood: While we are intrigued by what future apps may do, we are most committed to getting the pure reading experience optimized.  Jim Lee’s art looks damn good on an iPad, to say the least.

MacLife: Lastly, what about the complaints (in the App Store comments) that the comics cost too much money? Does DC see itself lowering the price of digital copies when the app gains more momentum?

Rood: I haven’t seen a digital offering out there without at least a few complaints.  We have a passionate fan base – my job is to make sure they remain passionate.  We will adjust our pricing strategy going forward – in light of how our many consumers are buying, rather than how a few folks are commenting.  A Green Lantern comic book has far more redeeming value and far more worthy profit participants than a venti Green Tea.  Let them each be priced accordingly.  What I mean is that consumers worldwide will pay for DC’s quality storytelling.  The market will bear that out.