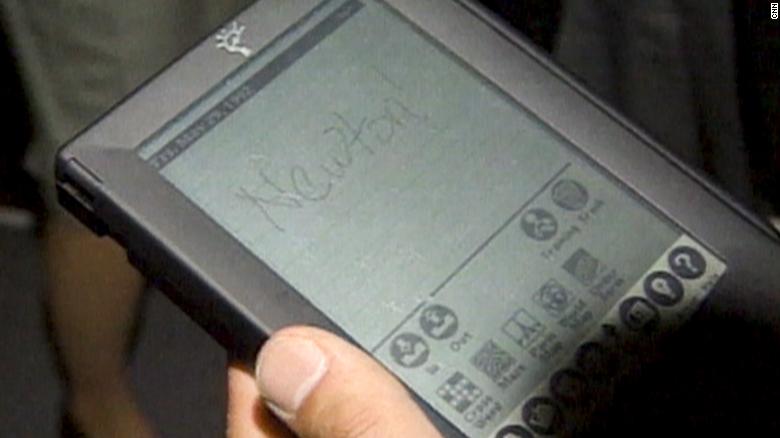 I’m prepared for the hate and vitriol that is about to come my way for predicting the Apple iSlate a failure before it even becomes a reality. The fort is fortified, and the woman and children are safe in the panic room. Let me just say this before getting underway… I understand Apple fanaticism as well as anyone, that’s because I’m one of you. In fact, I can say with absolute confidence that I’ll be first in line to purchase this phantom product from the all things iMaker as soon as it’s on the shelves. So, why am I trashing the Apple tablet?

When it comes to Apple innovation and flops, I’ve been there. I owned the original Lisa, and soon after purchased the first Macintosh 128K, just two days after it was introduced back in 1984. I bought the Macintosh Portable (should have been called Luggable), remember that 16 pound monstrosity with the lead acid battery and tiny active matrix display? Then the PowerBook 100 with the trackball, which gave me pain in the wrist that lasted for years. I still have a PowerBook 140, and it works!

PowerBook 140 comes out of the closet

I bought every Newton, the first Apple touch device, being smitten with the handwriting recognition. I bought the AppleTV, and shamed to admit I also bought the Pippin game console. I’ve owned almost every model of Macintosh ever introduced. So don’t go accusing me of being an Apple basher, I simply know what I’m talking about when it comes to being ahead of the curve, an early adopter. I’ll go out on a limb and say that I’ve had more personal experience with Macs and Apple products than 99.999% of you.

Tablet On My Mind
Ever since the Newton I’ve been pondering an Apple tablet device. The Axiotron Modbook is pretty cool, but I’m not one for Hacintoshes, and it always seemed a little too expensive with not enough screen pixel density. Although, I just visited their website, and at $899 it seems a pretty good deal for the mobile artist. I just might rethink that one.

No Mass Appeal
The thing is, while a tablet device definitely has applicability in vertical markets, like mobile artists and warehouse inventory, etc. I could never come up with a general use that would appeal to the masses. Just ask yourself, is there any situation you would find yourself in, where a tablet device would be preferable over an iPhone or a MacBook? So, that’s reason number one. No Mass Appeal or use for a tablet device.

Artist Interpretation of the Apple tablet

Features versus Cost
What premium would you pay for a Tablet PC? Well, in order to figure the value of a tablet, you would need to be in a situation where the extra cost had a return on the investment (ROI). A tablet would have to be extra rugged, because its primary purpose would be transportability. Unlike a laptop, that is usually placed on a tabletop, not your lap, you’ll probably use a tablet while standing, which would increase the chance of dropping it by at least an order of magnitude. It’s very expensive to build extra rugged electronic devices. Think military.

Application Schizophrenia
There’s general consensus that the iSlate will run the MultiTouch OS, the same OS as the iPhone and iPod Touch. So that implies it would run the same applications as the iPhone and Touch. At least a subset that can adapt to the screen size from the time of launch, because there would have to be applications ready to go, otherwise the iSlate would be iUseless. Ok, so you have these really inexpensive apps that run on the tablet, how does one differentiate what you can do on an iSlate compared to what you can do on a MacBook? When new apps are created to take advantage of the larger size, will they maintain the same kind of pricing we’re all used to for iPhone apps? Or, will these new apps be more expensive because they can do more? So, here’s the big question, where’s the delineation between a maxed out iSlate app and a low-end Macintosh application?

No Subsidy Means Low Margins
An iPhone is largely subsidized by AT&T, that brings it’s cost way down and Apple’s margins way up. If there’s no subsidy for the iSlate, then Apple will have to work on much lower margins to bring the entry cost down to attract a large enough user base. Let’s suppose there’s a carrier deal with AT&T (T) or Verizon (VZ), how many people are going to want to commit to a two year service contract? Not many, we’re already pinched to the tune of $2,000 for a two year service contract with the iPhone. Another 2 grand is gonna break the bank of most people. I think Apple is going to position the tablet as the ultimate iTunes client. I think their vision for the tablet is a portal to buy media, applications, and everyday products. Basically Walmart in your hands. Maybe Walmart is going to subsidize the iSlate?

It Must Be a Must Have
The only way I can see an Apple tablet working out is that it is so compelling, so unbelievably awesome, that we all must have this device. After its introduction, we’re going to have to look at each other and wonder how we ever did without the iSlate. If this isn’t a life style changer, it’s a no-go. Wall Street will punish Apple, analysts and the news media will turn Apple into a pariah. Why would Apple take such a chance. On the other hand, maybe I’m missing something, maybe I simply don’t have the vision to see the potential of such a device.