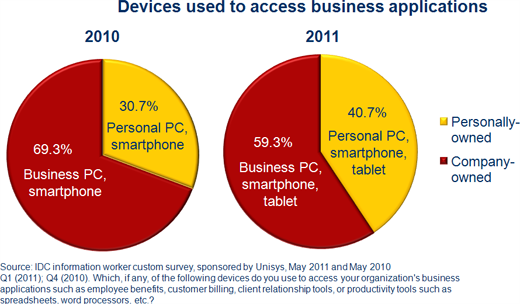 I’m taking the trader’s perspective in this post, trying to reserve the editorial for another day. Yeah right! The thing that interests me most with this rumor mill, is how it has catalyzed Apple stock price. That’s what technical analysis is all about, how past events affect future price movements. Now I would be fibbing if I said that’s all that interests me. I am of course very interested in what Apple has to offer, because so often they are the agent for change. But here, I’m going to recount the major rumors that have surfaced, and the effect on Apple stock price.

Boyz Two, Man One
Most of the initial buzz around the fabled tablet was generated from a comment from Alex Albrecht, in his wildly popular Diggnation podcast. Alex and his co-host Kevin Rose, had John Hodgman, of the Apple I’m a Mac/I’m a PC ad fame, as a guest, And Kevin asked John if he knew anything about the Apple tablet. Of course John doesn’t, but apparently Alex does. This is a clip from that episode where the comments were made.

The Paper of Record?
The recent market buzz started last Tuesday (December 23rd, 2009), with a New York Times, Bits blog entry entitled, 2010: The Year of the Tablet. Ironically, the author Nick Bilton said, “Let’s put all the rumors aside for a moment and look at the facts,” and followed up with a quote from 3rd, perhaps even 4th party Apple source, when asked about the tablet as saying:

“I can’t really say anything, but, let’s just say Steve is extremely happy with the new tablet.” Yet another recently departed Apple employee tipped me: “You will be very surprised how you interact with the new tablet.” Apple 2.0 columnist Philip Elmer-DeWitt highlighted the major points of the encounter.

So much for putting rumors aside, as Apple stock price rose that day for the fourth consecutive trading session, but not because of this quote, more likely it rose with general market bullishness.

Market Perks Up on Uncle Gene’s Prognostication
The next day, the day before Christmas, Piper Jaffray analyst Gene Munster wrote in an investor note that Apple is planning a January 26th event to make a major product announcement. He gave the event a 75% chance of happening, and a 50/50 chance that Apple would introduce a tablet to the world. That got the market churning, and shot AAPL out of the gate with a huge gap up on a shortened trading day due to the holiday. I commented on Mr Munster’s hedging in my last podcast, I’m surprised more people did not.

So, what’s behind this hedging? Well it seems there were some Apple supplier reshuffling, as well as some redesign necessary to make the glass face more durable. Now I can identify with that, since this device needs to be rugged, rugged enough to be lugged everywhere. If this device won’t stand up to abuse, it will fail fast.

7 inch Display or 10?
Size rumors abound as well. According to the Apple supplier network the tablet is going to come in a 10 inch form factor. But according to Boy Genius, another self-proclaimed “connected” source of Apple intelligence, said there will definitely be a tablet of the 7 inch variety. GB also hedged a bit indicating there may be more than one size. If that’s so, I’d have to assume a big price differential as well.

Branding and Trademarks
We do know that Apple has tied up all the relevant domain names and trademarks, like islate.com, which has no web presence and is registered to Slate Computing, LLC. Slate computing also owns the “Magic Slate” trademark (what an awful name). Apple typically forms a shadow company that does this upfront work, but with a little digging, anyone can figure it out. And then there’s the purchasing of the MacTablet trademark from Axiotron, the makers of the ModBook. But that was done a while ago as a “just in case” maneuver.

Blow You Away, Maybe
Well, besides the size of the tablet, what cool thing can we expect from the all things iMaker? There’s the general speculation that the Apple tablet will run the iPhone OS, so it will immediately have access to 100s of thousands of apps. Well, that is if they’re compatible with the huge iPhone-like device. Some have said it might run iPhone apps in a window the same size as current apps, like widgets.

And what of text entry, can we expect the same experience as current iPhones, a super-sized chicklet keyboard? It’s possible that Apple has been working on a much more futuristic approach. According to AppleInsider, they uncovered a patent application filed by Apple in 2007. They derrived the following from that patent:

Using an “articulating frame,” the surface of such a device would create physical bumps or dots for the user to feel when it is in keyboard mode. Those surface features would retract and disappear when the device is not being used to type. It is detailed in an application entitled “Keystroke Tactility Arrangement on a Smooth Touch Surface.”

What Will it Do, Think Different?
I don’t think we’re going to see a killer app that defines the Apple tablet. What I do think is that Apple will build a multi-media device that is so compelling, that it will make the Kindle look like a transistor radio. In my opinion, the new Apple iSlate, iTablet, iWhateva, will be the ultimate hand-held reader, in full color, with full multi-media capabilities, both input and output. It will display and take pictures from a high resolution 5 megapixel camera, capable of HD 1080p resolution video. Ars Technica recently reported that such a camera has been selected by Apple for the next generation iPhone. It would be perfect for the tablet.

The new tablet will likely be a portal to the iTunes Movie store. It has been reported by many sources that Apple is in negotiations with big movie studios trying to lure them away from Cable operators with attractive subscription services and lucrative licensing deals. There are reports from the Wall Street Journal that CBS and Disney are reportedly considering signing a deal.

The Wrap Up
Yesterday I posted that I thought the Apple Tablet was failed from the start. I provided several reasons why, which included; lack of mass appeal, lower margins, would bite into MacBook sales, and the biggest was reality of the device would ruin expectations and therefore Apple’s rep.

There’s a lot to like in this device, and I think there will be a lot of niche appeal. But I don’t think it will add to the bottom line stock price very much, if at all. Unless there’s something really huge that I’m missing, and that very well could be. Apple is known as the tech industry juggernaut, defining new markets where one never existed before. Who’s to say they can’t do it again?