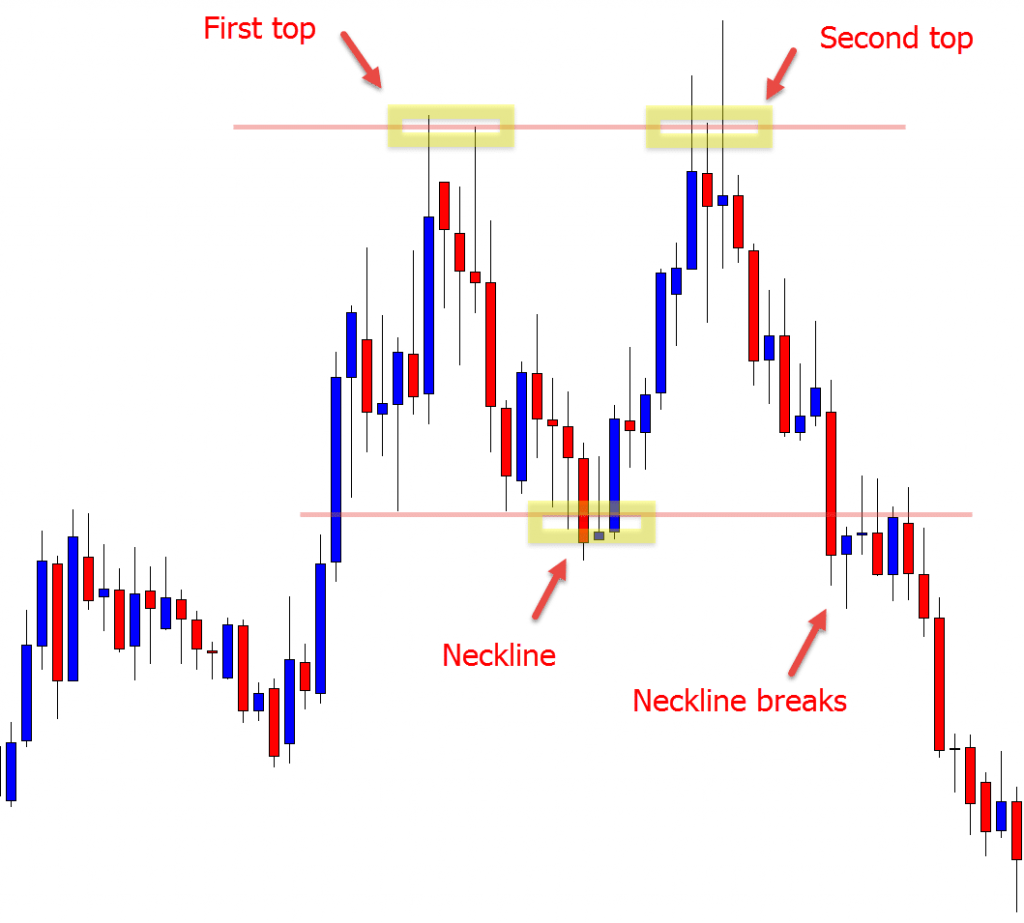 So yesterday I warned of a potential for Apple to break down due to a head and shoulder formation on the daily chart. And yesterday we have the beginning of that break, with a strong move through the neckline.

Now, this is not 100 percent confirmation that the breakdown will be complete, as nothing is certain with such analysis. So there are things we should look for that increase the probability of further breakdown. One of those things is bearish patterns in a major index, especially one that Apple might be part of. In this case it’s the S&P, which is sporting a bearish Double Top pattern.

On the Apple chart, we should look for other confirming indicators that the Head and Shoulder reversal will continue. I would look for one of two possibilities. The first would be a second down day on good volume. The further the stock drops, especially on stronger than average volume, the more confidence I would have that the pattern will reach its potential, which I believe is approximately 590. Many other technicians thing Apple could find support around 560. That is possible, I just think less likely.

The other behavior I would watch for is a back test of the Neckline. So if Apple tries to retrace the breakdown but fails to break up through the neckline, then there’s a very good chance the stock will continue down. If it breaks through the Neckline and closes above, then the neckline will become support, and there will be a good chance that Apple could avert the correction and continue to move higher.