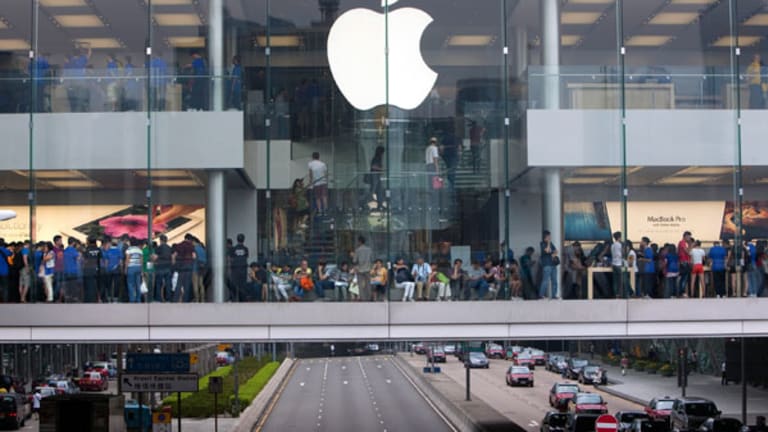 The bulk of Apple analysts’ criticism has centered around the iMaker’s seeming unwillingness to serve secondary markets with a cheap iPhone. The argument is that Apple is losing huge market share to Samsung in markets like Russia, India and Eastern Europe. And this will eventually be Apple’s undoing. I guess the premise is that market share is everything.

This obviously flies in the face of everything that has made Apple the dominant force and the one true innovator. Apple has always lead the market, others follow initially with cheap knock-offs, then become more mature. However, Samsung and others lag greatly in terms of total profit compared to Apple.

The reality is that people don’t want cheap Apple products. They want the good stuff. Case in point, just look at the lack of sales performance of the iPhone 5C, despite the much lower cost. And that trend isn’t exclusive to the U.S. market, it’s everywhere.

The fact of the matter is that people want premium-only products from Apple. But it’s much more than that. They also want everything else that goes with the experience of owning an Apple product. I’m speaking of the online and physical stores, the service, the software, the entire ecosystem. When people buy Apple products, they are purchasing future innovation.

Countries like China and Russia may be buying mostly cheap phones, which are low margin trade offs. But they are also NOT buying apps, which makes up the majority of the smart phone experience, and a healthy margin.

This marketshare argument is exactly the same beef when Apple competed with Macs. But now Apple is the number one laptop producer, and even though worldwide PC desktop sales have declined dramatically, Apple’s share has risen equally so. But Apple foresaw this desktop decline several years ago. maybe even a decade ago…and now Apple is the number one producer of mobile computing devices.

Apple’s strategy is years ahead of even Google, with tight integration of the cloud with all platforms. This includes laptops, as well as tablets, iPhones and touch devices. It is clear that Apple has the vision, and the ability to execute. This is what trumps Samsung, and others.