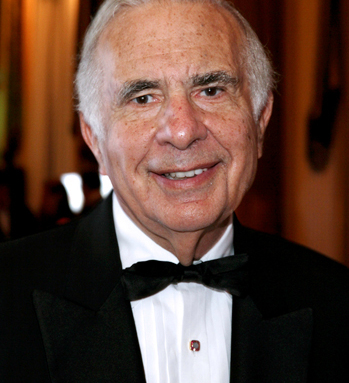 Carl Icahn is blazing the trail for what it means to be an activist investor. He bought Netflix in the 60s, then used his notoriety and his new found relationship with Twitter, to manipulate the stock price to a fever pitch, then he dumped the stock with an $800 million profit, retaining just 4% of his original stake. What a country!

Is Carl a bad guy, or is he the new reality that retail investor must deal with? If you were smart, you’d subscribe to Carl’s Twitter feed and pay close attention, because his tweets move markets, and give you an opportunity to profit.

Today, Carl announced an upgraded stake in Apple and a new website dedicated to the iMaker. You need to register to resew the content…smart. I definitely want to be on Carl’s email list. Carl is going all-in with Apple, don’t you think it would be a good idea to follow him? If you don’t you’d be missing out on the chance to bank some serious dough. I don’t care what you think of Carl, he’s the best thing going for Apple right now, at least it would seem that way.

The full disclosed truth is that Carl is looking for a proxy battle in an attempt to get on Apple’s board of directors. Now, I don’t think this is a bad thing, you might, but I don’t. Because Apple’s board clearly has no financial experience. Sure they can make the money, but they sure as hell don’t know what to do with it. If Carl was there, we might see some spectacular and creative uses of that $150 billion.

So, do I think Carl will take the money and run with Apple, or is he hear to stay, and take Apple to heights not possible with the current leadership?

In no way do I think Tim Cook would be at risk, Carl likes Tim, but that board has got to go, or at the very least get a serious upgrade, they can start by getting Al Gore out of there, and getting more woman in senior management.

Angela Ahrendts, former CEO of Burberry is a good start. She’ll be in charge of boosting the image of Apple retail, both the brick and mortar stores as well as the online store. That’s quite a challenge since it is widely regarded as the best in the world.

So is Carl good for Apple, would you like to see him on the board of directors, or do you think he’s gonna make his pile of cash and flip Apple off when he’s done with it?