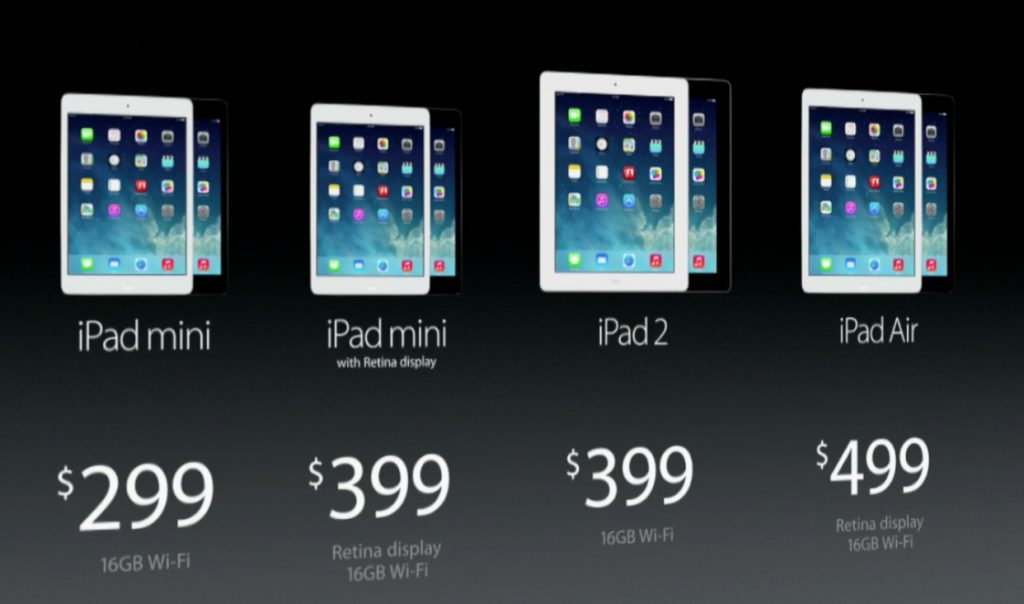 Apple is the undisputed leader in mobile devices. It didn’t take long for the conversation to switch from Samsung cleaning Apple’s clock, to…Samsung who?

The new iPhone 5S and 5C are going to be a huge success. And right around the corner, waiting in the wings, is the nail in the coffin for all the other tablet wanna be’s, the iPad mini Retina. But which feature will be the real game changer, there are so many facets to this device.

There’s the thinner bezel, lighter weight, longer battery life, Retina display, the A7 processor…YIKES! All in a package for under $400 is my guess. I wonder if there we’ll see the finger print scanner, or kick ass slow mo effects in the iPhone? This is the device that will bridge the gap between smart phones and personal computers.

In my view, the size is cool, the Retina display will be awesome…I love my Retina MacBook Pro…it makes me all choked up just thinking about how beautiful a piece of electronic majesty it is. But this new iPad is going to set the ground work for a whole new era in personal computing. It will be in my estimation, the first in a series of super tablets that will range from 7 inches to 12 inches, maybe even a 15 inch model at some point.

And it’s the A7 that will make it possible. And quite frankly I’m surprised that we haven’t heard more about this power house 64 bit CPU. This chip is the game changer. And it’s sitting in a smartphone right now, with enough power to put to shame most notebooks on the open market. Soon it will be in a device that will open up a whole new world to personal mobile devices.

Be seriously, who in their right mind would choose a fragmented Android platform over Apple, do I even need to mention Slate? There used to be a saying when I was younger, back in the 1970′s and 80′s, that no body was ever fired for choosing Big Blue, well, there’s going to be a new equivalent aphorism…no one will ever get fired for making Apple and the iPad mini their standard for the enterprise.