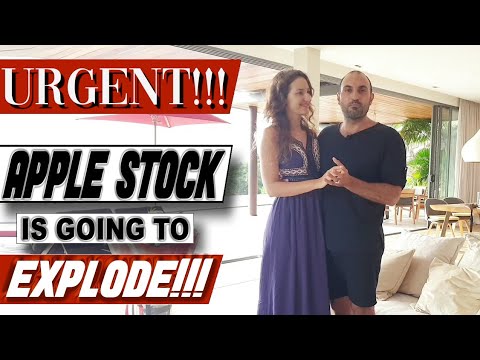 So you think Apple stock has been on a rocket ride these past few weeks…well, you ain’t seen nothing yet!

Of course this is my personal opinion, but it is based on a big picture view that most analysts are missing because they are too steeped trying to compare Apple to every other tech company out there. Or, perhaps it’s because they forgot about Apple’s ability to create markets, or establish trends.

The truth is, I almost forgot too. The new product category cycle that Apple established over the past 15 years is a bit long in the tooth, but that doesn’t mean it’s over. No sir! Not by a long shot. In fact, or at least based on my observance and the juxtaposition I see compared to Apple’s competitors, it looks like to me, Apple is not only going to create a wildly successful new product category in wearable devices, but they are also setting up to redefine personal and enterprise computing.

Ok, so I’m going to go out on a limb here and say that Apple is poised to become the biggest company in the world. Oh, wait…Apple is already the biggest company in the world…by market capitalization measures that is. But there’s more, a lot more to come. Apple is setting up huge growth channels where Apple products, and iOS will become ubiquitous, in just about every part of our lives.

Learn how to trade AAPL options, and why using the Apple Auto Traders will dramatically decreases your risk and increases your profit-making potential.

Consider this…Apple is very quickly approaching one billion iOS devices in use, that is primarily with the iPhone and iPad versions introduced over the last three years, as stats show iOS devices have an average usage of nearly 900 days. Soon we’ll see another class of iOS-based devices, with huge pent up demand. These include the iWatch and a new iPhone, as well as refreshed iPads…but that’s only the beginning.

Apple is poised to enter and redefine new markets in Health monitoring (HealthKit), home automation (HomeKit), automobiles…both consumer and corporate (CarPlay)…and the next biggie, the enterprise…corporate america. The enterprise is the sleeper…where most other personal computer manufacturers are struggling to survive, Apple has quietly filled the void by dominating both in laptop sales, but also desktop sales too. And now, the iPad, iPhone and the Cloud, along with Apps and a big corporate partner, namely IBM, Apple is slowly infiltrating the back office in corporate IT.

I didn’t even mention AppleTV, which has been grossly overlooked, and veiled as a hobby. Expect big things here.

Let’s not forget the fact that Apple is a money machine, with nearly one billion credit card backed accounts. That’s more than Amazon, eBay, and Walmart combined. Sure, Apple’s total revenue has not yet eclipsed these other behemoths, but from a total profit perspective, there’s simply no comparison…Apple wins, and is getting bigger, faster. In terms of revenue, Apple is second to Amazon, but Amazon doesn’t make any profit…and Amazon sells everything, while Apple sells a very small catalog of related products.

So, What’s the Catalyst to this Pending Explosion in Growth?

There is HUGE pent up demand for new Apple products, namely the iPhone 6. There are nearly 300 million people poised for an upgrade, and studies show that at least 220 million of those people will be upgrading to the iPhone 6. But more interestingly, almost half of them will likely purchase the new iWatch, without even knowing it’s range of capabilities. This upgrade cycle is gargantuan! The only question is… how fast can Apple produce 220 million iPhones?

The release of the iPhone and iWatch is going to result in a complete domination of the available market profits and analysts mindshare. Samsung who? Samsung simply does not have the ecosystem to compete with Apple. It’s going to be all Apple for the next two years on the wings of this upgrade cycle alone. This will provide cover while Apple grows new markets in health, home, auto and the enterprise.

Apple has been building and improving the largest cloud-based infrastructure in the world. It eclipses Microsoft and Amazon clouds. And soon it will be hosting enterprise Apps via the IBM alliance, so the cloud will infiltrate corporate America like no other push of the technology to date.

Ok, so we all know Apple has more money than most small to medium sized countries, and by all accounts, this cash pile is poised to balloon to mind boggling levels, perhaps 2X to 3X the current size. It only makes sense that much of it will be returned to investors, and an even greater amount will likely spark one of the greatest acquisition binges in history.

Apple is set for a great growth spurt, perhaps double it’s current size. I can realistically see Apple stock (AAPL) to 180-200 a share within the next 18 months. This would coincide with my prediction in March of 2013, in an article I wrote for TheStreet.

There’s so much more to tell, but the smart money should be on Apple.