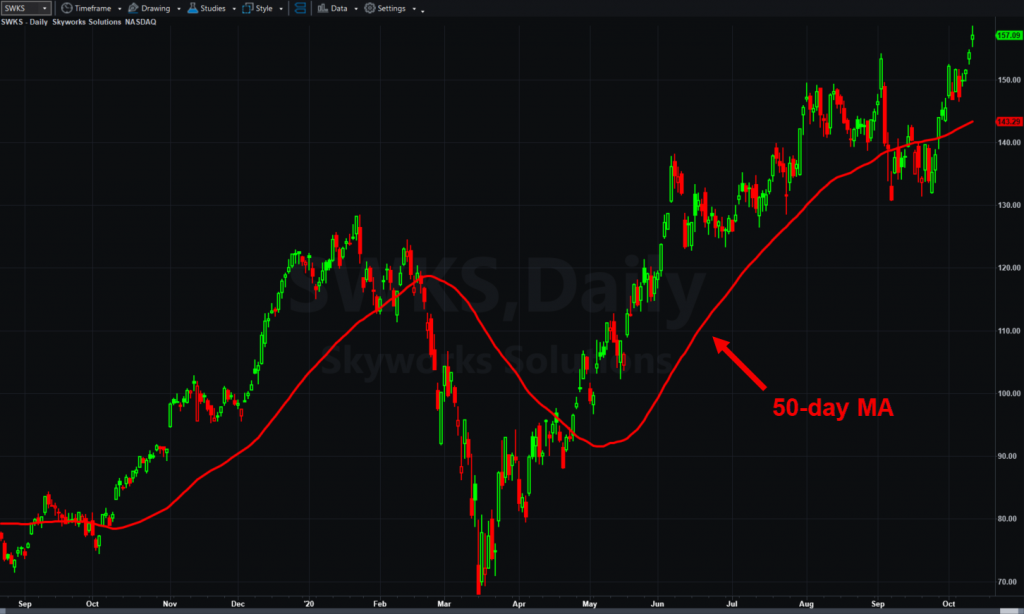 Skyworks is one of several companies that will benefit from the iPhone upgrade cycle, which by most accounts will have enormous affect on Apple share price as well over the coming year. With nearly 300 million people eligible for an upgrade to the iPhone 6, and huge pent up demand, there’s no doubt this is going to be a monumental next 12 to 18 months for Apple share price.

Canaccord Genuity believes Skyworks (SWKS) is well positioned to benefit from the iPhone upgrade cycle, citing the compnay’s increased dollar content in the new iPhones. The firm noted Skyworks remains a key supplier to Apple (AAPL) as well as other Android phones. Canaccord reiterated its Buy rating on Skyworks and raised its price target on the stock to $64 from $62. SOURCE