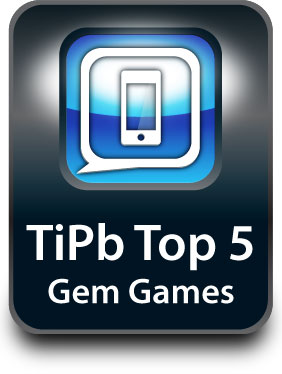 AppleInvestor Guest Membership
see our promise to you…

Yes I love puzzle games, so I thought that it would be interesting to discuss my favorite 5 gem/switch games and find out which everyone else enjoys playing as well. So what is a gem/switch game you ask? It is a game where you take similarly colored or shaped objects and place them in a group and they are removed from play. The playing field may be a grid or a track but the strategy in order to complete the levels are the same similar. The variety of this type of puzzle game is endless but here are the top 5 that I have enjoyed.

Bejeweled is a classic, and still a lot of fun. A set of jewels is placed in a grid and you can switch any two jewels with it neighbour horizontally or vertically. If you are able to make a group of three or more matching jewels then your set dissapears. Jewels on the grid are constantly replenished by jewels from above. The level ends when you have completed your quota of chains or if the timer runs out.

I used to play Bejeweled on my Zire 71 and it was one of my first games I got on the iPhone. Simple and fun.

I loved this game and it really sucks that it was pulled from the app store. Hopefully it will go through arbitration and be back in the store soon.

In Stoneloops you have a chain of colored stones which are moved along a track. The object of the game is for you release a colored stone into the chain to make a link of three or more stones. If you can make all of the colored stones dissapear before the train gets to the end of the playing field you get to go to the next level. There is also another type of lay called, grab n shoot, where you can take a stone from the moving chain to then readd it to another location, to make a colored chain.

When I first played Stoneloops I played it for so long that I actually got iPhone burn on my index finger (Come on I know there are others out there who have felt it as well). The one part to stoneloops which I never really understood was that after you completed a few levels you got to upgrade your home, I never did figure out the point. This did nothing to change the gameplay as the game itself was enough fun.

Story on Stoneloops! being pulled from App Store [Story Link]
Luxor a close second is available for $0.99 [iTunes Link]

Trism is very similar to Bejeweled but instead of moving the pieces horizontally or vertically the pieces move on diagonals. If you make 3 or more similarly shaped pieces match they disappear and are replaced by other pieces. This game has the added feature of achievements which you gain if you have completed a particular quest in the game. Perhaps one of the pieces have been locked in place and you have been able to match it or perhaps you matched a the playing pieces in a particular shape.

Puzzle Quest is a bit different from the usual puzzle game as it is a merge between a rpg and a puzzle game. Depending on which character you choose you get different powers that can be used on the game board. There is still the similar Bejeweled type of gameboard.

This is probably one of my favorite puzzle gem/switch games. This game may not amuse the purist but it is quite a lot of fun and has a lot of replay value. Though it takes a while for me to load the game and it does crash every now and then, I still keep coming back for more.

This game takes the basic Bejeweled concept and adds a twist. The object of the game is not to only to arrange similarly colored jewels but when you do the square beneath that jewels changes colors. You need to change the whole board to another color in order to pass the level.

Though this game may not be as polished as other gem games, it is a lot of fun. The addition of changing colors of the base behind the gems adds another dimension to game strategy. Various differently colored gems also gives the player various powers, such as the gold coins which allow the player to change a selected backboard square of your choosing.

So what are your top gem switch games ? Did I miss any of your favourites or have you tried any of these games and feel they do not make the cut ? Comment and let us know!