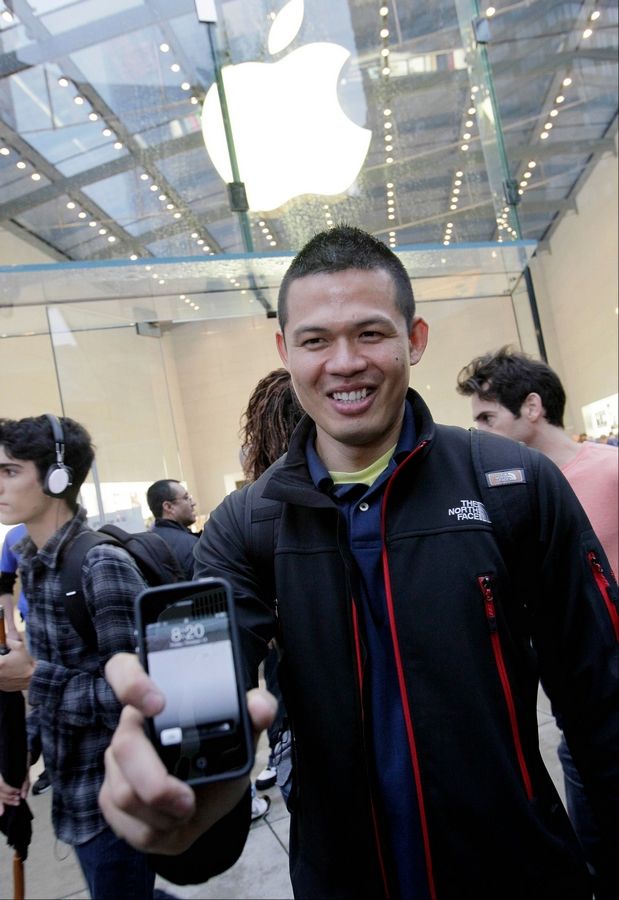 At least in the eyes of the stock market and investors, the iPhone 4S was a HUGE disappointment. To us fans of ALL things Apple, it includes some pretty awesome features, albeit in the same old packaging. But still, we recognize the magnificence of engineering, and the beauty within…right?

The problem is that the rest of the world is FAR more concerned with superficial stuff. I guarantee you if the iPhone came in a sleek new package, thinner with a teardrop form factor and slightly larger screen, the critics would be raving over this device.

But the fact of the matter is that the current packaging, at least in my eyes, is pretty near perfect. So why mess with perfection? Sure, the screen could be a bit bigger…I guess, and a rounded teardrop design might feel a little more comfortable in my hand, I guess. But that isn’t what makes the iPhone great…right?

It’s not perfection of any single element of the device that makes it great, it’s the culmination of details, the overall usability, the incredible flexibility, the industrial design that is both beautiful and functional. And so what Apple has done is take a form factor that is near perfect and made its internals WAY better.

Probably the single most important feature is Siri, the intelligent voice activated assistant. I never used voice command before with the iPhone because I felt it was more an after thought, a tack on, a gratuity, rather than an integral way of using the phone. But Siri takes voice command to an all new level.

Now if Apple would only follow up with better integration of photo and video editing within iPhoto, they’d have a HUGE winner. I suspect it’s only a matter of time.

The third and probably most misunderstood important feature is iCloud. Now don’t misunderstand me, I say third most important in terms of public perception, but I personal believe that iCloud is by far the most important feature being introduced here. iCloud is what Dot Mac was intended to be, and that’s my data anywhere and everywhere, knowing where I left off, where I’ve been, and letting me access it seamlessly.

iCloud is going to be central with everything we do with our Apple products, and it won’t be fully realized unless you own more than one Apple device, say an iPhone and iPad; or an iPad and a Mac, or all three; or 8 macs, 4 iPhones and 3 iPads, like in my house! iCloud will be central in iOS for the iPhone and iPad, and those features will gradually become fully integrated with the Mac OS, as they a;ready have with auto-save and auto-restart features for Lion aware applications.

But the market is in denial. Those non-Apple users out there that are more interested in making money off of Apple stock and are not true users, true believers, simply don’t see the grand plan, so they discount the stock. Unfortunately there are a lot of those people/investors out there, so the stock is going to get hit and hit hard. But all that means is a great buying opportunity, to pick up some stock from the best run company in the world at a discount.