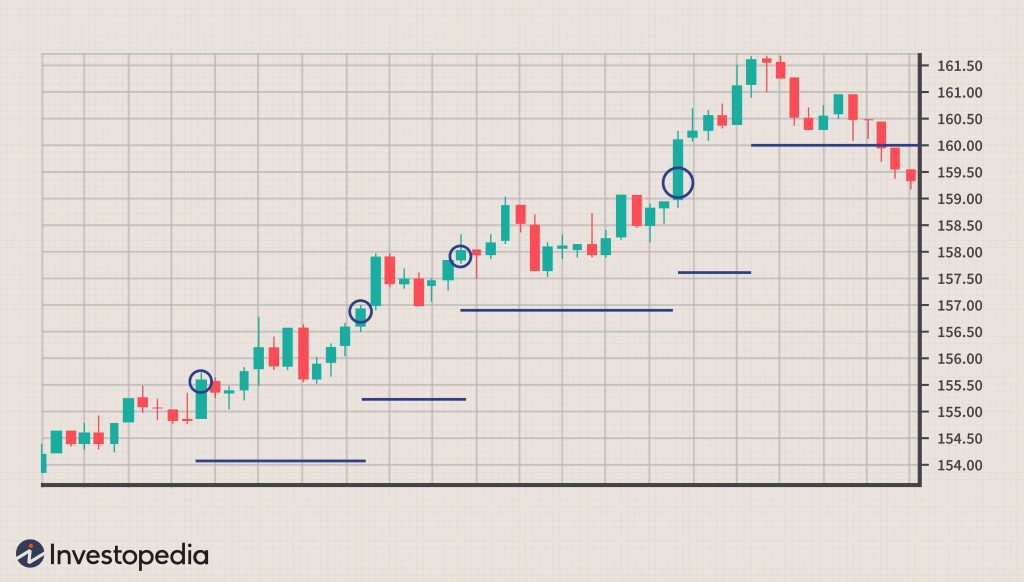 Technical Analysis is an effective way to remove risks because it allows you to identify levels of support and resistance, so you can set entry points, stops and triggers appropriately. This is true, and it works well. But most people using Technical Analysis miss a very simple aspect of the art, which can make all the difference in their risk assessment. They develop their strategy and may perform a brilliant analysis, but with a myopic time-based view.

What Is Timeframe Alignment?
Timeframe Alignment is when trends and indicators from a larger timeframe are in line with, or showing the same state as, a shorter term timeframe. An example might be an indicator like the Stochastic simultaneously showing a similar level of overbought in both the weekly and daily charts. This timeframe alignment increases the probability that the daily Stochastic reading of overbought will affect future price movements. Had the weekly chart showed oversold, then the daily Stochastic showing overbought would be less influential.

As a general rule, longer term trends and indicators exert influence over shorter term trends. If you are not paying attention to those larger influencers, then you are missing a very important piece of information when speculating the probability of the next price movement.

Reduce Risk, Fewer Trades, More Profit
Your main job as an investor is to preserve your capital and make the maximum profits with managed risk. By incorporating Timeframe Alignment into your risk management strategy, you are going to find fewer opportunities to trade. But your analysis is going to be far more accurate. So, this means you will have less risk, with a greater probability that your prediction will work for you.

The other benefit of reducing the number of trades you make, and increasing the probability of success, is that you’ll put less capital to work and incur lower costs. And the biggest benefit of all, is with fewer trades to worry about, while making more money, you’ll become more confident and less stressed. Wow! Who knew such a simple technique could have so many benefits?

Recent Example
I posted four charts yesterday, all AAPL charts, each within a distinct timeframe; a monthly, weekly, daily, and 60 minute charts. I was looking for confirming indicators across the four timeframes so that I could formulate either a bullish or bearish stance on near-term price movements.

I noticed that the 60 minute chart was setting up into what appeared to be a symmetrical triangle. A continuation pattern. So I referred to the daily chart to confirm that there was a long-term trend preceding that pattern (which I already knew), but I also wanted to see where the oscillators were, with respect to the longer term timeframes, and if the longer term charts were still showing bullish indicators.

What I found was that there were some conflicting indicators and some confirming. Overall, three charts were showing bullish trends (60 minute, daily and monthly), and one was showing what appeared to be a potential bearish reversal (the weekly). Now the continuation pattern is pretty reliable, and there was little to indicate that it might fail, so I adopted a more bullish stance than bearish.

Stopping here might be Ok for some, but because I don’t have strong confirmation across at least three consecutive timeframes, and because I’m looking at buying a deep in the money call option with an expiration two or three months out, I want to make sure that things look reasonably bullish in that time frame. So, what I would do from here is do a similar analysis on the sector and the indexes. If I get more confirmation for the bullish case, then I’ll start to develop a position. If I get conflicting indicators, then I’ll look for another less risky setup.