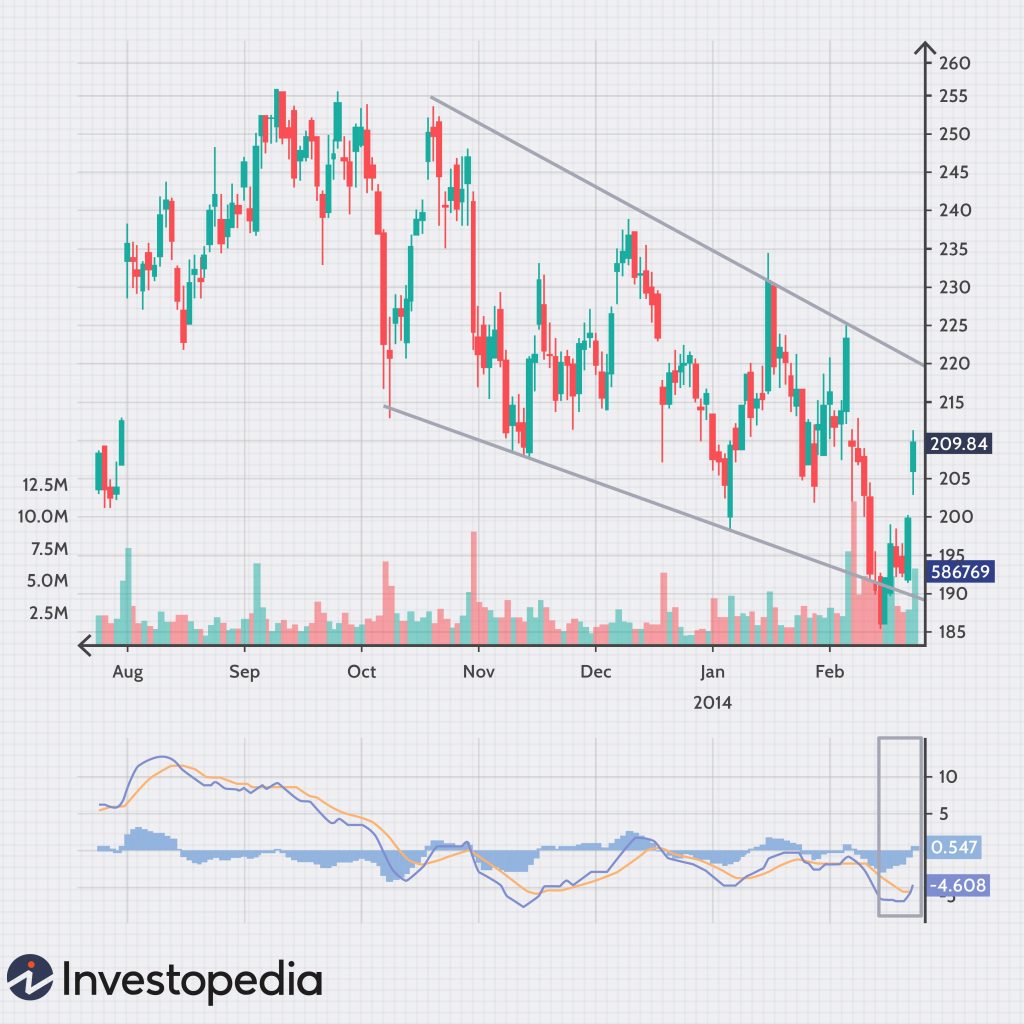 Now this is not an alert, or meant to be alarmist. It’s simply pointing out a technical fact that should be watched closely and understood. In surging bull markets, stock charts can remain overbought for extended periods of time. But the longer they remain that way, without any kind of unwinding (selling) or consolidation, then the harder they will fall when the pressure becomes too great.

MACD Showing Negative Divergence with the Price Trend, meaning that the price trend is sloping up, while the MACD is negating that trend by sloping down.

Developed by Gerald Appel, Moving Average Convergence/Divergence (MACD) is one of the simplest and most reliable indicators. MACD uses moving averages, which are lagging indicators, to include some trend-following characteristics. These lagging indicators are turned into a momentum oscillator by subtracting the longer moving average from the shorter moving average. The resulting plot forms a line that oscillates above and below zero, without any upper or lower limits. MACD is a centered oscillator and the guidelines for using centered oscillators apply. – courtesy of the StockCharts dot Com website.